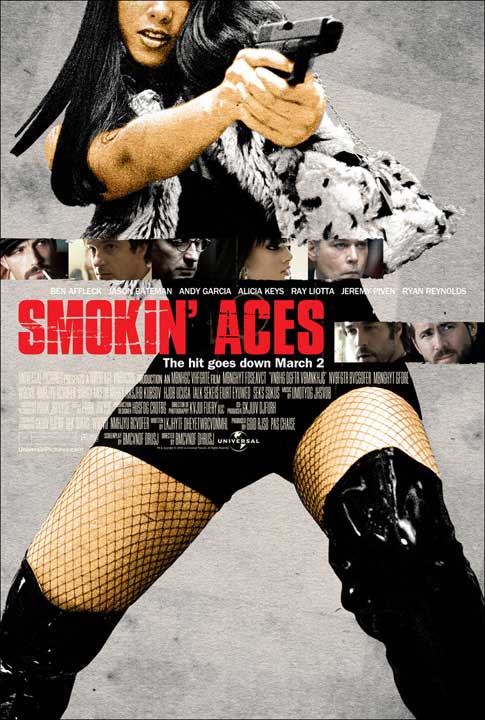 For a minute, we were going to go with this as the main poster. It’s a really bombastic image and I find it both sexy and powerful. I think there was some debate that it was a glorified ‘crotch-shot’ and therefore it was eventually tabled for a more global character approach. To her credit. Alicia loved that image and never kicked up a fuss. That girl’s got brass. And she’s a gambler. This image conveys that beautifully.

I feel like we’ve been through this course a number of times, but let me just overstate the obvious once more. The following isn’t meant to function as anything more than clarification:

1. The movie was designed to polarize. You don’t place broad, dark comedy against heavy drama unless you want to illicit a certain kind of response and that response can very well be ‘What the fu*k were you thinking!?’ For me it was a very deliberate artistic attempt…and one that will work for some and fail for others. There’s an old saying: ‘No Hill For a Climber’ if you sit back and wonder what people will think if you take a shot at something, then you’re beat before the opening bell. What’s the fu*king point, if you don’t try to extend yourself and your craft. I’ve been fortunate enough to get into a position where this is possible.

2. This flick was never going to be NARC. nor was it intended to be. Again, what’s the point of filmmaking if not to stretch and try to define yourself and your craft, differently, each time out. That’s what I want to do. The guys I admire, like Ang Lee and Steven Soderbergh, mix it up every time they go out. Sometimes they hit it out of the park, other times they foul it into the stands. It’s their willingness to attempt different things and different genres that makes them great.

3. ‘Smokin’ Aces’ is exactly the movie I wanted to make. A clash of tones and styles and variations. A mixing of all kinds of influences and filmic archetypes to create something new or at the very least, seldom seen. The end of the movie isn’t meant to be a twist and was never intended as such. It’s not important who the hell the old man is, it’s what the FBI did to their OWN PEOPLE that matters in the end. I could give a sh*t about a twist ending. If you don’t have a clue as to who Sparazza is, before the finale, then I blew it, because my intention was to let you in on it, early on.